Archive for the "Movies" Category

Finding Dory is a sequel that is worth your time — even if you don’t remember all the details of Finding Nemo, (released thirteen long years ago, in 2003).

The reason: Like all good sequels, and all good works of genre, it delivers the same thing as before, only different.

Yet Dory still explores new territory, and does so with bravery.

Like the film Me Before You, Finding Dory addresses the issues of the differently abled. The main character, Dory, has memory issues; Destiny, a whale shark, is severely nearsighted (as someone who would be legally blind without glasses, this resonates); Hank, the octopus, has lost a tentacle; and Bailey the Beluga has sustained a head injury and cannot echolocate.

Of course, Nemo himself has a short fin.

Unlike Me Before You, however, Dory is unlikely to create controversy, (https://www.theguardian.com/film/2016/jun/15/quadriplegic-author-francesco-clark-angry-associated-me-before-you  ) as the story’s underlying message is one of persistence, resilience and the power of optimism to keep us bouyant in the face of adversity.

Dory’s writer, Andrew Stanton, must know how easy it is to become discouraged: In 2012, his live action directorial debut, John Carter of Mars, was a flop.

Coming back to Pixar to create the sequel to Finding Nemo should have been easy for Stanton. According to him, it wasn’t.

“I had always seen Dory as a tragic character,” he has been quoted as saying. “I had always assumed she had spent most of her life wandering the ocean being ditched or accidentally ditching other people and had this compounding sense of abandonment. I figured she had developed this superpower of being the most optimistic, nice, fun person to be around so maybe the next person — or fish — she meets won’t leave her.”

So how do you write a children’s movie about a tragic character who is unfailingly optimistic and kind?

The answer is: You don’t. Like Toy Story, Wall-E, and Finding Nemo, Finding Dory is not a children’s movie. It is an animated movie, which children tend to like, and there is no explicit sex or violence in it, which parents do not like to see in the films they show their young children.

But Finding Dory’s story is structured along the lines of a psychological thriller. Like Girl On a Train, we have an unreliable narrator who must discover clues and fill in the gaps in her own memory in order to solve a mystery in her past.

In real life, a person who cannot form short term memories would not be able to recover long-term memories, but Dory’s character feels authentic, in large part because her struggle does have a real life analog — the cognitive declines of old age and dementia.

So Dory randomly recalls childhood memories or quirky facts, while she struggles to recall what just happened a moment ago. She is charismatic and creative, but has difficulty performing simple spatial tasks, and is constantly in danger of losing, not only others, but herself.

It is this last aspect of Dory which sets her story apart from Nemo’s. In Finding Nemo, Marlin, Nemo’s father, was the character whose goal provided the spine of the story. According to Stanton, Marlin’s defining goal was this: To prevent harm. To prevent harm to his son, and to any one else he cared about.

Dory’s goal is different. She may be looking for her parents, but her great overarching goal is simply to hold on to herself. How much can she forget without forgetting the essential connections that form her identity? In the film’s darkest moment, where Dory confronts her greatest fear, she nearly gives into despair — losing what Stanton calls “her superpower” of optimism. This scene is done with such subtlety and stillness that it elevates the entire film.

If this makes the film sound serious and preachy, it’s not. There are moments of delirious fun, including an oblique Cthulhu reference early in the movie and Hank the octopus’ brilliant physical humor and gruff asides (he is voiced by Ed O’Neill, who is known for many other things, but whom I will always adore as Relish the Troll King from Tenth Kingdom). There’s also a touch tank that is depicted as the final circle of Hell, a lonely clam who won’t shut up, and a cameo appearance by a same sex couple of women with a baby. (There seems to be some dispute over whether the couple are meant to be lesbians. I choose to believe they are, because it’s about time.)

In his 2012 Ted Talk, (just after the release of the ill-fated John Carter) Stanton lays out some guidelines for good storytelling. It’s very worth watching (if only for that first crude joke): https://www.ted.com/talks/andrew_stanton_the_clues_to_a_great_story?language=en

I suggest turning on the subtitles so you can jot down some notes. Here are some of his key points, in my own words:

Storytelling has guidelines, not hard and fast rules. Instinct will often guide you as well as analysis. (That’s how he and his friends started out at Pixar.)

Storytelling is joke telling. Everything you’re saying from the first sentence to the last is leading to a singular goal (the punchline). David Mamet agrees: In his book, On Directing Film, he states that the model for drama is the dirty joke.

Storytelling without dialogue is the purest andmost inclusive storytelling. David Mamet talks about telling the story through a series of uninflected images. A shot of a baby bird on the beach. A shot of the ocean. A shot of a big wave coming. A shot of the older birds running away. You tell the story in the cuts (the juxtaposition of images) and let the viewer make the connection. (Mamet is citing Eisenstein’s theory of montage: https://www.youtube.com/watch?v=MzXFSBlQOe4)

The audience actually wants to work for their meal; they just don’t want to know that they’re doing that. The reason: We’re born problem solvers. We’re born to deduce and to deduct, because that’s what we do in real life. This leads to what Stanton calls the Unifying Theory: Don’t give the audience 4, give them 2+2 and let them make the connection.

The appeal of puppies and kittens (and cartoons and animation): Puppies and kittens can’t completely express what their thoughts and intentions are, and it’s like a magnet. We can’t stop ourselves from wanting to complete the sentence and fill it in. In Understanding Comics, Scott McCloud discusses how abstract forms (such as comics and cartoons) can create greater audience identification and have a more universal appeal than realistic characters. We humans may not be as color blind as we would like to be yet, but we can all see ourselves in a blue fish.

Creating Characters that Make People Care: You want to create a character that a reader or viewer will care about, but you also need to create an arc. How to reconcile these often contradictory goals? Stanton suggests that you don’t need to start a character at one end of the spectrum (selfish) and travel all the way to the other end (selfless) in order to create an arc. We all have conditions. Figure out the one condition that a character must see met in order to function…and then take it away.

Last but not least, Stanton does not give in to the temptation to preach about the impact of climate change, overfishing and pollution on our oceans. (Dory does get stuck in a plastic six pack ring, but it is not a major plot point.)

Stanton’s final words of wisdom: “I’m a very selfish storyteller. I just want whatever works to help tell the character’s story. I don’t have a secret agenda.” 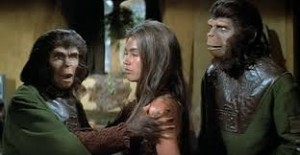