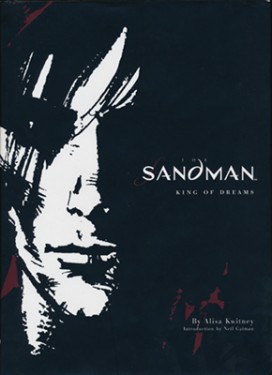 A lavishly illustrated insider’s guide to Neil Gaiman’s multi-award winning Sandman series. (Or, as I prefer to call it, An Introduction to the Sexiest Anthropomorphism in Comics).